Lines in the Landscape

As a landscape photographer I always wished that modern technology didn’t interfere with the beauty of our natural world. I always tried to avoid including any signs of human intervention in my photographs. Power lines and telephone lines running through a pristine countryside are a classic example. They are our life lines and still the only solution in areas where hiding them underground is either not feasible or too expensive. However they spoil many a view. At least that is what I thought, until one day I decided to look beyond the necessary evil and see how these lines can blend into the landscape we live in.

“In an electric train moving south I see a blue aeroplane between a ploughed field and a green field, pylons in lovely juxtaposition with springy turf and trees of every stature. It is the relationship of these things that makes such loveliness.”

The secret of these hills was stone, and cottages
Of that stone made,
And crumbling roads
That turned on sudden hidden villages

Now over these small hills, they have built the concrete
That trails black wire
Pylons, those pillars
Bare like nude giant girls that have no secret.

The valley with its gilt and evening look
And the green chestnut
Of customary root,
Are mocked dry like the parched bed of a brook.

But far above and far as sight endures
Like whips of anger
With lightning’s danger
There runs the quick perspective of the future.

This dwarfs our emerald country by its trek
So tall with prophecy
Dreaming of cities
Where often clouds shall lean their swan-white neck. 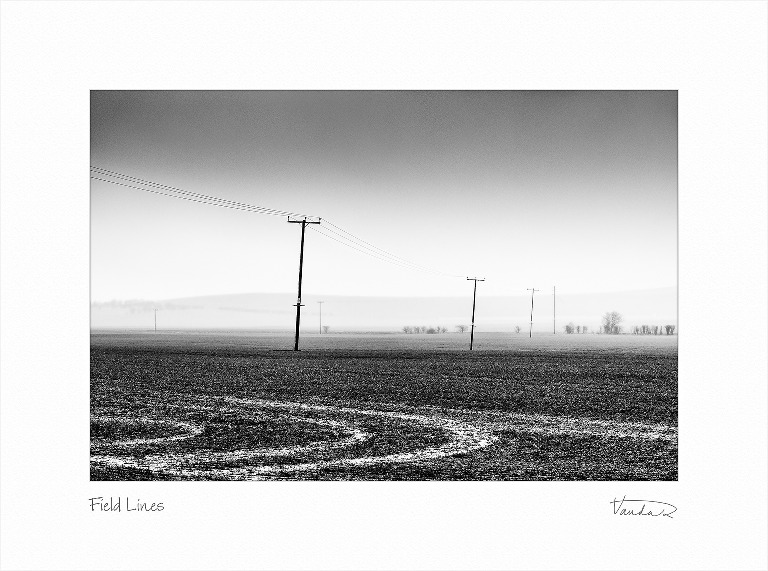 Over the tree’d upland evenly striding,
One after one they lift their serious shapes
That ring with light. The statement of their steel
Contradicts Nature’s softer architecture.
Earth will not accept them as it accepts
A wall, a plough, a church so coloured of earth
It might be some experiment of the soil’s.
Yet are they outposts of the trekking future.
Into the thatch-hung consciousness of hamlets
They blaze new thoughts, new habits. Traditions
Are being trod down like flowers dropped by children.
Already that farm-boy striding and throwing seed
In the shoulder-hinged half-circle Millet knew,
Looks grey with antiquity as his dead forbears,
A half familiar figure out of the Georgics,
Unheeded by these new-world, rational towers.

thank you for stopping by

Look forward to hearing from you